By | Uniting Church | Comments are Closed | | 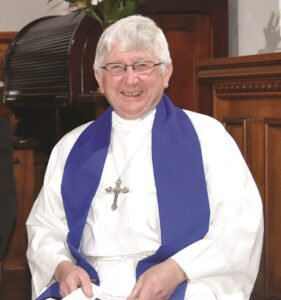 The Uniting Church WA is saddened to hear of the passing of Ex-Moderator, Rev Ken Williams.

Ken faithfully served as the 14th Moderator of the Uniting Church in Australia, Synod of Western between 2008 and 2011.

Having officially retired in November 2011, he continued to serve in the role of Ex-Moderator until recently.

Prior to being elected Moderator, Ken served in congregational ministry with Uniting Church in the City (UCIC), St Andrew’s and Ross Memorial and Wellington Regional Mission including Harvey, Donnybrook and St Augustine’s, Bunbury congregations, as well as Business Manager of the Uniting Church WA.

Ken’s faithful, servant leadership was a gift he shared generously within the life of the Uniting Church WA as well as nationally and internationally, and with the wider community.

He is remembered with great affection and will be deeply missed.

Please keep his wife, Jill, their children and grandchildren in your prayers during this time.

Further information will be provided.