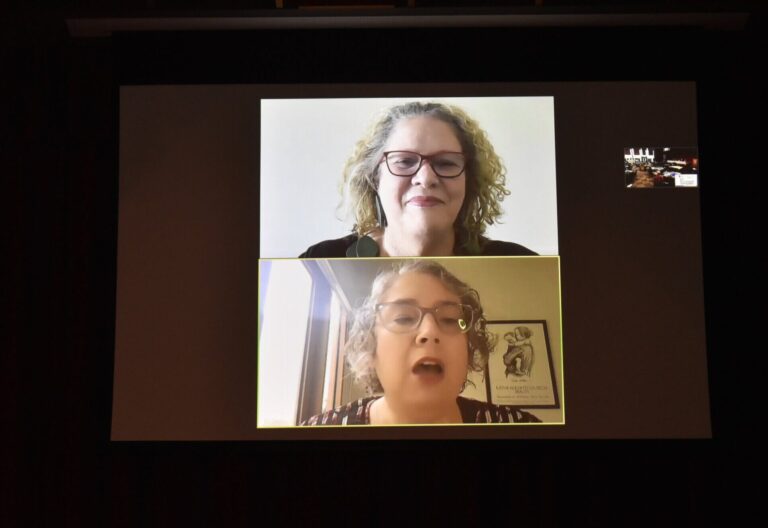 Sharon Hollis gave a summary of the decisions made at the 16th Assembly Meeting in July, notably the decision to elect Rev Charissa Suli as President-elect.

Synod members were also encouraged to view the Cato lecture which was brought to the 16th Assembly Meeting by Professor Anthony Reddie.

Sharon commended the innovation and flexibility shown by ministers, pastors, worship leaders and church members throughout the COVID-19 pandemic.

“They continued to pastorally care for congregations and communities, and to bring God’s light and hope into all those places,” she said.

Colleen Geyer shared how the Assembly adapted to working remotely throughout the pandemic, including holding a shortened Assembly meeting fully online and livestreaming a national worship service every week for two months via the Assembly Facebook page.

Colleen also mentioned justice efforts which have made by Assembly in the wake of the pandemic. These included advocating for people in family and domestic violence situations; the plight of refugees and asylum seekers on temporary visas, most of whom are ineligible for support; and equitable access to the COVID vaccine for countries in the Pacific and Asia.

The National Safe Church Unit’s launch of the Principles of a Child Safe Uniting Church, which provide a foundation to support the growth of a child safe cultures across the life of our Church, was highlighted.

The President concluded the report by sharing information on the Act2 Project, which seeks to identify and implement sustainable structures, practices and ways of working for the future of the Uniting Church.

In the lead up to the 16th Assembly reconvened meeting in 2022, members of Uniting Church congregations, agencies, schools and councils will be invited to engage in conversation about the future to which God is calling our church.

“It will be crucial to hear from people across the breadth of the Uniting Church as we continue to be open to what God is saying to us, and where God is leading us,” Sharon said.

Later this year, Colleen and Sharon will host a national online consultation with Presbytery Ministers and will also be encouraging Uniting Church members to participate in a series of studies on The Basis of Union.