Moderator’s 2020 Advent Week One Message: Hope for the 21st Century 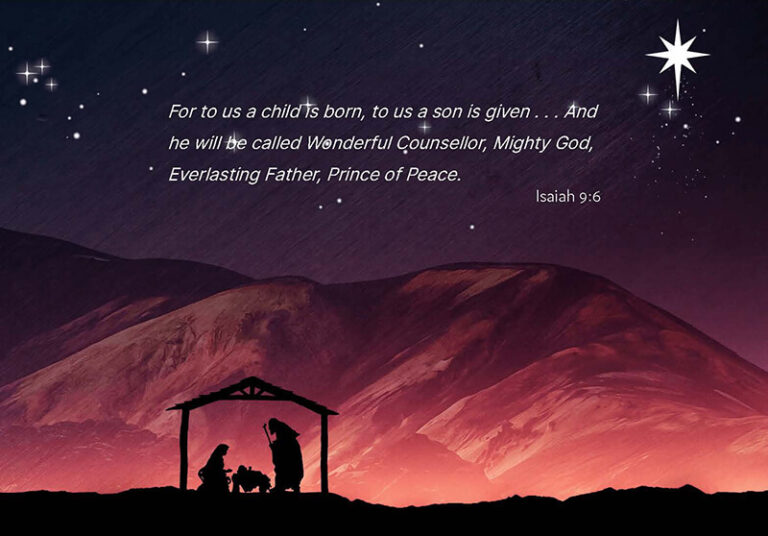 As a child growing up in Kerala, Christianity was a minority faith amid a potpourri of religious expression. Christmas was just one of many competing festivals among a variety of religions, all competing for attention in the fascinating mosaic of Indian society.

However, in my family, Christmas was central to understanding who we were, as we traced our roots to one of the oldest expressions of the Christian church, with tradition dating back nearly 2,000 years to Saint Thomas the Apostle.

So, Christmas had to be more than just an event. The reality of its message had to be lived out in people’s lives, otherwise, the impact on those around us would be negligible.

After a year of lockdown and restrictions, we now see around us symbols of the Christmas season. Twinkling stars feature in shops large and small or dangling from light posts on clear summer nights. Tradition says a star announced Jesus’ birth, bringing with it the coming of light and hope to the world.

In ancient times, stars announced significant births, including in the Jewish tradition, those of Isaac and Moses. However, such traditions and more are only a small part of the story.

In the Gospel stories, where we discover the essence of Christian belief, interpretive portraits are drawn from all traditions of the past, including wise men with their gifts of gold and frankincense from the prophecy of Isaiah, or the star in the East drawn from the Book of Numbers, to name just two. The list is quite endless.

There are many people today who need to find a safe place to call home. Those who are homeless, rough sleeping, and who flee from wars and oppression. Can we create a home for those who need our help?

What the Gospel writers sought to announce was, that something which would literally change the world had taken place within their midst. It would not only impact their lives but the lives of all people still to come, wherever or whoever they might be – including you and me.

That message, for me, is the true gift of Christmas. Something no amount of money or possessions can buy. The message was, that the light had come into the world and that light would never again allow darkness and foreboding to triumph.

It is sometimes a little difficult to accept this truth, especially in these uncertain times, having lived through this unusual year. Yet, I firmly believe this universal message of hope has as much relevance in our 21st Century as it did 2 000 years ago.

Such light is worth pursuing.

My hope, indeed, my prayer, is that you might find it, claim it for yourself; and share it with those you live with and love.

May you all experience a blessed Christmas, and may we all be able to embrace in joyful anticipation for the year that is to come.