Working together to end loneliness 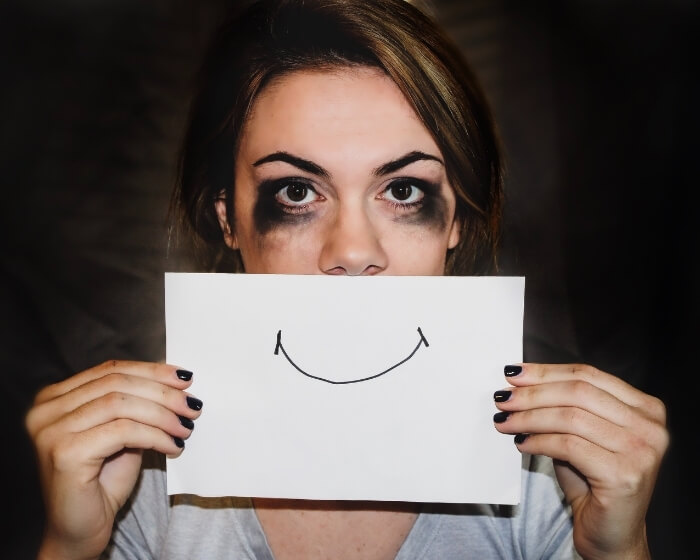 While it is true that recent COVID times have led to people feeling more lonely, loneliness was prevalent in our communities even before the pandemic put people around the world into lockdown – or kept us from travelling to see loved ones interstate. It has been reported that loneliness can have similar health effects on the body as smoking up to 15 cigarettes a day. Which is part of the reason UnitingCare Australia have recently joined the Endling Loneliness Together initiative.

Ending Loneliness Together includes a range of community groups and organisations who recognise the huge impact loneliness plays in people’s lives across the country, and who are working together on this issue.

Dr Michelle Lim is a clinical psychologist, senior lecturer at Swinburne University and the Chair of Ending Loneliness Together. She said while there is a connection between social isolation and loneliness, they are two different issues.

“Loneliness is what we would typically say is a subjective construct,” she said. “Feeling like you’re alone, feeling like you have no friends, that no one has your back, no one understands you.

“As opposed to social isolation where you have fewer people that you know. You might live in a more rural area, perhaps you’re less connected to others because you don’t have work. There’s a degree of social isolation that all of us hold as well.

“They are related in that the fewer people you know increases your vulnerability to feeling lonely, however it can occur independently as well.

“Lots of people who are highly integrated within social institutions very much say they feel lonely – so still feeling subjectively lonely despite being at work, university, with many friends, in vocational training.

Loneliness has no barriers

Often, we only think of elderly people experiencing loneliness, which can be true, but the whole truth is that anyone can experience it any time – though usually during a time of transition or challenge. There are age groups that are more vulnerable to feeling lonely however, including young people aged 18 to 25 and older people aged over 75.

“When you think about those groups, they are faced with more social challenges – for different reasons,” Michelle said.

Michelle said for older people, issues such as poor health, physical challenges, or their partner or friends dying can create more feelings of loneliness. Younger people can be challenged by starting their first job, making new friends outside of school or study, developing a sense of social identity or emerging mental illness. Spikes in loneliness can also be found in middle age.

“If there’s one thing we can say about loneliness, it’s that at some point our vulnerability will increase,” Michelle said. “I think it’s more about how we manage it, and to ensure that we are always managing it, as opposed to thinking, ‘okay I feel lonely, something is weird with me, something is wrong with me’.

“When we have that sort of mentality and stigma, the problem gets worse. You don’t seek the right help, you put barriers up for yourself and you’re not managing it as well.

“So, loneliness actually acts as a feeder to future problems, but yet we tend to keep on ignoring our loneliness.

“Loneliness is a normal feeling to have and if we don’t respond to it, it becomes distressing. Our brains process loneliness as a social stressor, and when we are stressed we have poorer health outcomes more generally.

“Loneliness has been associated with poorer cardiovascular health, lower ability to fight off infections, increased incidence of breast cancer in women – a multitude of physical health problems because it’s all related to stress.

“The reason why it’s so harmful for humans in general is because the way we are built is that we’re not meant to feel alone; we’re meant to function in groups and to have others to rely on.

“Overall, humans need to feel like we have a meaningful social connection with someone, and that someone has got their back. When we don’t feel that way, we are more stressed generally and therefore have poorer health outcomes, albeit physical or mental.”

At some point in our lives, we will all be touched by loneliness. Despite this, the stigma around it can cause more issues for people experiencing it. To work towards reducing loneliness in our communities, we need to be talking about the issue more so that stigma can be reduced.

“Even when you say the word ‘loneliness’ now, people don’t like to say, ‘oh I’m lonely’,” Michelle said. “They’re reluctant to say that even though it’s a normal feeling to have. “Then it becomes a cycle because a lonely person doesn’t want to reach out – they’re trying to protect themselves from being rejected.

“They send signals to other people suggesting they’re not willing to connect, even though they’re desperate to connect. And other people then just respond accordingly.

“One of the biggest things that is missing in the Australian context is that we don’t have a good community awareness campaign to actually destigmatise loneliness.

“It’s always been seen as something that is wrong with the person, and that is something we need to rectify immediately. We need government to invest in a national campaign that can tie into health outcomes.”

A place for churches

Claerwen Little, National Director of UnitingCare Australia, said churches have a huge role to play in this space. In fact, the Ending Loneliness Together initiative began out of a Uniting Church congregation friendship group in NSW. However, it’s not just the worship community or friendship and social groups which are tackling loneliness – any community service that is building  meaningful connections and trust with people who may be socially isolated is helping those affected.

“All our services deal with people who are lonely in one way or another,” she said. “For us, the link between the prevalence of loneliness and poverty is a really important factor in being involved.

“In communities where there’s a high incidence of poverty and unemployment, we often find many more people who are feeling lonely.

“It’s really hard for children whose families are living in poverty to have the same opportunities – the ability to go on excursions, or sporting activities or other extracurricular activities – if they don’t have the money to spend.

“There are many people in difficult circumstances who also experience loneliness as a result of compounding factors and complexities in their lives.”

There are certainly many Uniting Church WA congregations that are delivering services which help alleviate loneliness – as well as our agencies: Juniper, Good Sammy Enterprises and Uniting WA.  This is not to mention the benefits of belonging to a community group – such as a church.

“Our church, through its work and through our congregations does have an incredibly important role to play in addressing loneliness in our community,” said Claerwen. “Often churches are the only ones that are able to engage people, either through their services or local networks.

“At the end of the day, as humans we all need to connect with other humans. We need friendship. We need circles of support. We need friends and its often difficult for people who are isolated by other challenges in their lives.

“Some of our emergency relief programs in our community, the community hubs, but also the family centres, they all provide that really strong sense of connection for people.”

The Ending Loneliness Together White Paper makes three key recommendations to address loneliness: invest and be informed by Australian-based research; develop and deliver system-wide frameworks; and connect and empower people to take action. Part of that empowerment to take action is to first be informed and understand the issue.

“There’s a huge scope but I think one of the things is to get providers to understand how to identify if people are lonely because it can be quite difficult and nuanced and it might not necessarily mean that someone is socially isolated, but they are lonely,” Michelle Lim said. “We need to understand and correct those misconceptions before actually taking action. If we don’t have the right information, we can sometimes do more harm than good.”

Michelle said it is important to keep up-to-date with the latest evidence from trusted sources.

“It’s important to equip yourself  with that knowledge before proceeding to make a difference, because when you do take action with that knowledge, you’ll make a much more sustainable impact as opposed to potentially causing harm without realising.”

Claerwen said there is a lot that churches can do to address this issue – firstly by reading the White Paper and joining the coalition.

“It’s important that we understand what it means to be lonely and to be able to see the signs of loneliness and then respond. It’s about policy responses and the role of government, but it’s also about the role of each of us,” said Claerwen. “There are some things the congregation can do, and if you have a capacity to do friendship groups or groups for people, reach out to the community.”

From a congregation perspective there are many, many ways in which you can address loneliness.

“In our service footprint, we do address loneliness in so many different ways around our service network.

“As a church, people can sign up, educate themselves on what loneliness is and how to identify the factors of loneliness and then find ways to reach out and address it in the community.”

For immediate support for yourself or someone you know, please call Lifeline on 13 11 14.

Find out more and read the Ending Loneliness White Paper at endingloneliness.com.au

Find out more about UnitingCare Australia at unitingcare.org.au